We live in a microbial world

Virtually all parts of the human body are home to microbes! But not only… Microbes are everywhere; they are found in most environments such as soil, aquatic habitats, surfaces and specific lumen of plants, animals and humans. Indeed, humans live in a microbial world.

The communities of microorganisms and their genomes in a defined environment are collectively referred to as microbiomes. They include representatives from bacteria, archaea, lower and higher eukaryotes, and viruses. 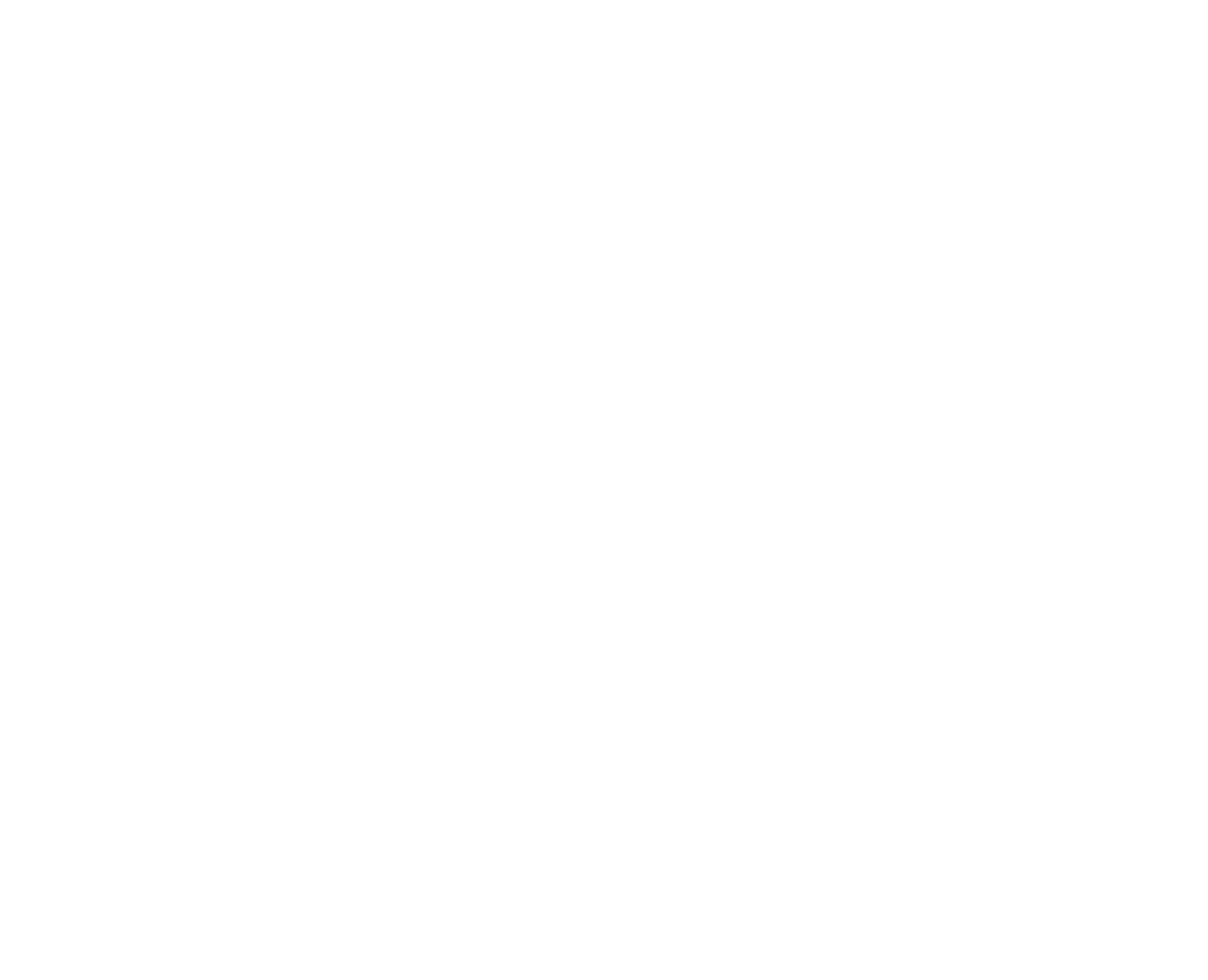 Microbiomes are foundational to ‘One Health’

These concepts of microbiome and holobiont are fundamental to another key concept: the ONE HEALTH APPROACH.

The One Health approach recognizes that the health of people is closely connected to the health of animals and our shared environment. A common thread is also that of microorganisms. Thanks to their functional potential, microbiomes could play a central role in the ‘One Health’ mindset. The three pillars of the One Health Approach involve microbiomes: human, animals and environment. A loss of microbiome diversity is associated with an increased risk of disease in humans, animals and plants, as well as a loss of soil fertility. Healthy human microbiomes can only be achieved if plant microbiomes are healthy and if soil is exhibiting a diverse and rich microbiome as well. 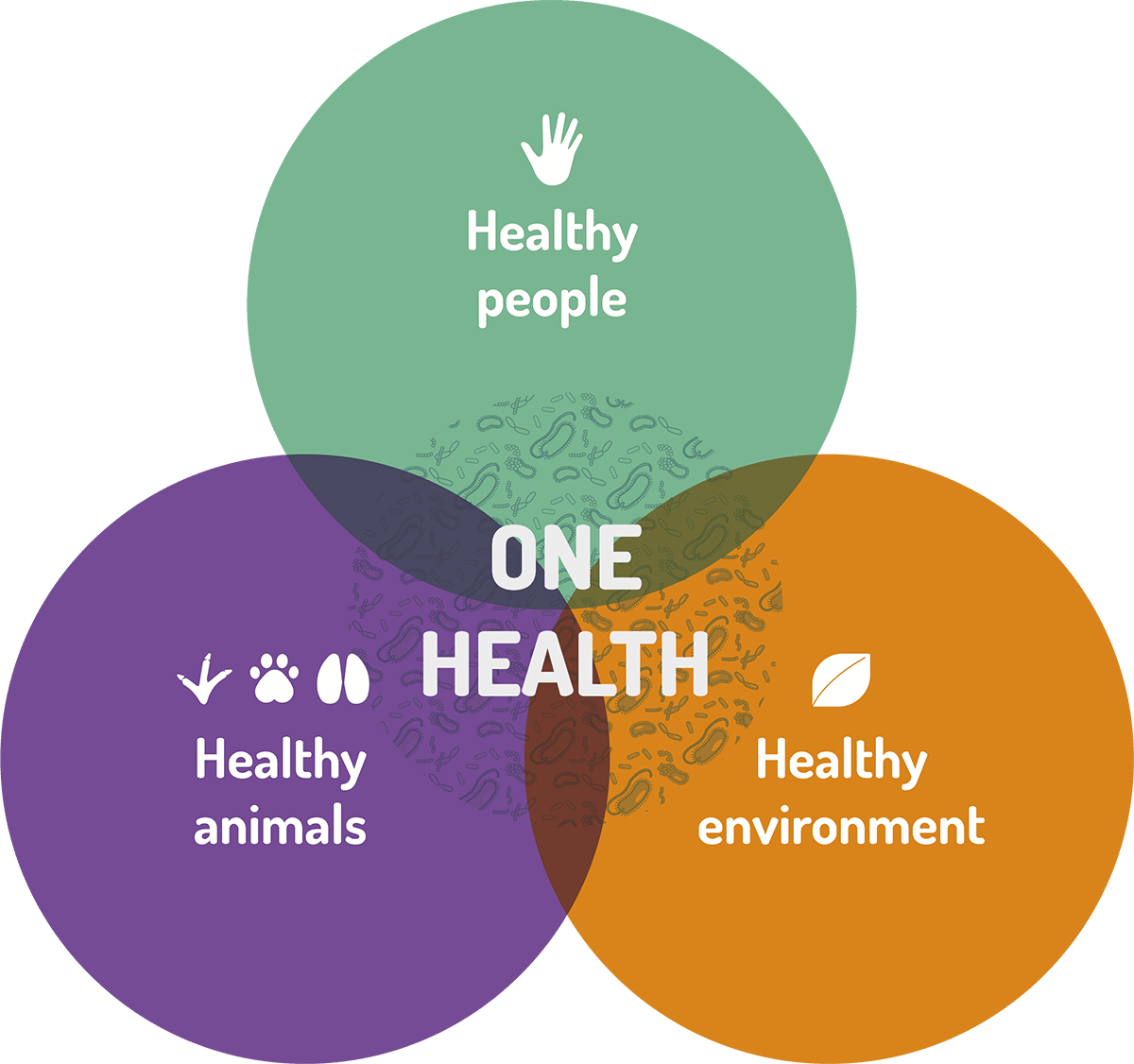 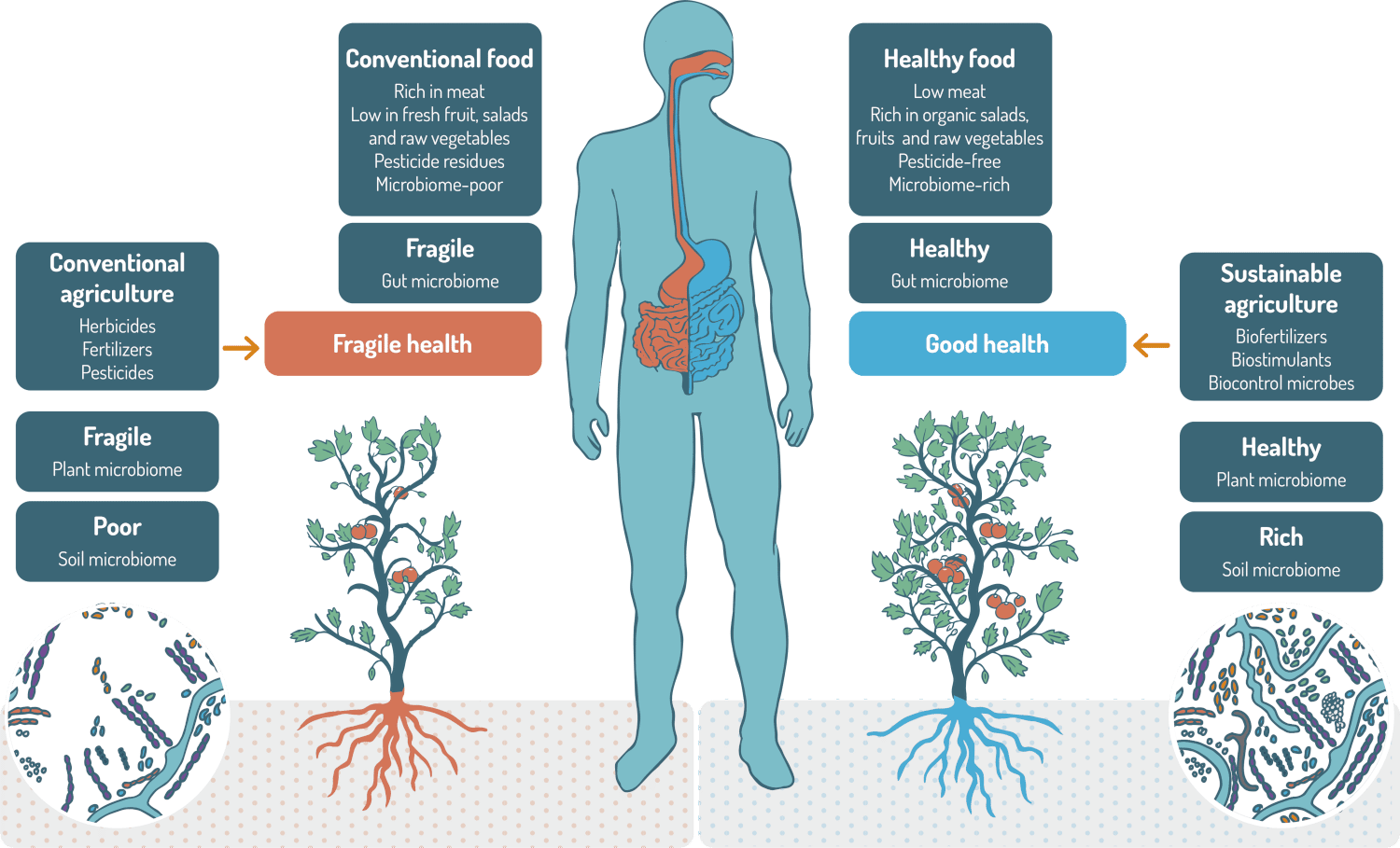 Adapted from Hirt H. Healthy soils for healthy plants for healthy humans: How beneficial microbes in the soil, food and gut are interconnected and how agriculture can contribute to human health. EMBO Rep. 2020 Aug 5;21(8):e51069

These concepts have forever changed our view of human biology. Microbiome science is redefining human health: human as well as “non-self” (microbial) cells and genes are involved in key physiological functions. This is a paradigm shift: humans are holobionts, living in symbiosis with trillions of microbes. These microbes provide humans with functions that are not encoded by the human genome. Perturbations of microbial composition and function are now associated with a wide range of diseases.

Human-associated bacteria and other microbes—archaea, fungi, and viruses—are extremely diverse. Humans are in fact complex ecosystems, housing different microbial communities in a variety of niches such as the skin, lungs, nose, mouth, and the gastrointestinal and urogenital tracts. Moreover, each section of the body develops a unique biogeography, with distinct regionalization present. The highest microbial numbers are found in the gut. The human gut contains approximately 4 × 1013 bacteria, similar to the total number of human cells in the body. Because of the large diversity of bacterial species, the gut microbiome contains around 10 million unique protein-coding genes or 400 times more bacterial genes than human genes. 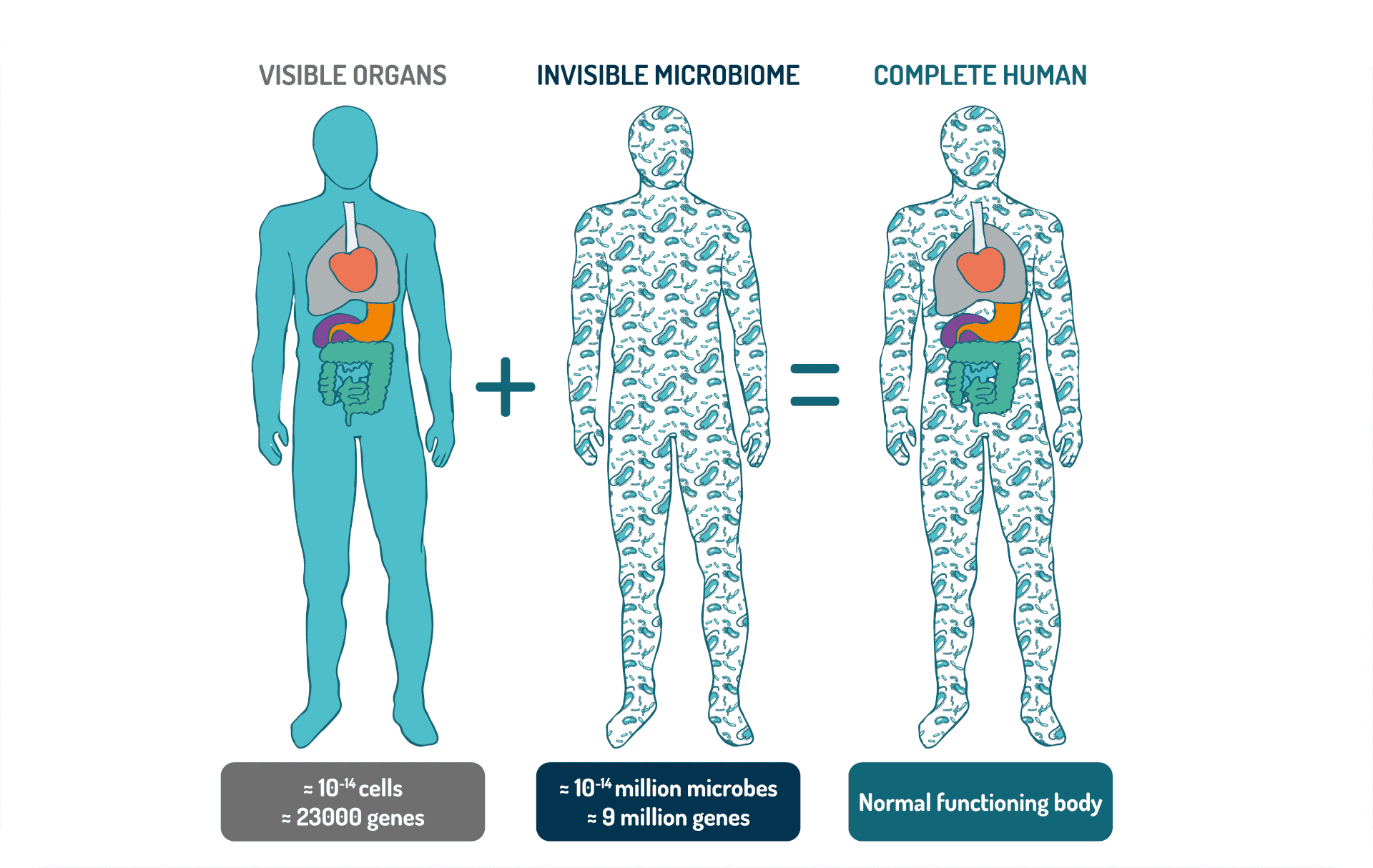 To fully grasp this ecosystem’s complexity, ecological principles are heavily relied upon, such as diversity, richness, stability, and resilience. Diversity and stability are factors with major health implications. A loss of diversity is clearly associated with susceptibility to Western pathologies. This loss of diversity can also affect the resilience of the ecosystem, meaning its capacity to return to its initial configuration after having been exposed to perturbations (such as exposure to antibiotics). A less diverse ecosystem can more easily evolve towards a different state of equilibrium (perhaps less desired) rather than returning to its initial configuration. This new configuration can be a deleterious one, favoring the proliferation of pathogens (such as Clostridioides difficile), or increasing one’s susceptibility to pathologies such as inflammatory or immune diseases. 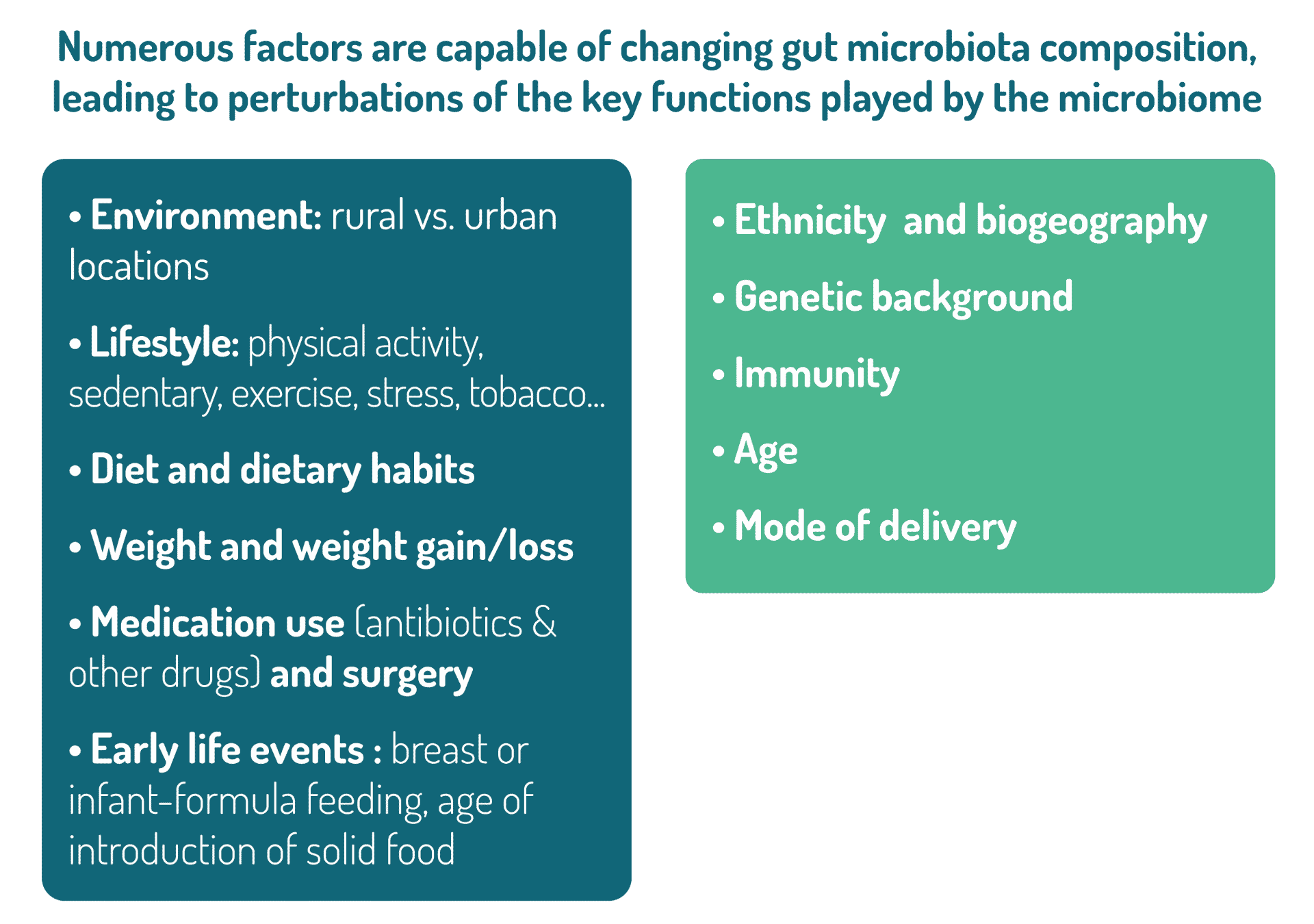 The microbiome can affect many physiological processes in host, including host immune system development and regulation. The microbiome also protects its host again pathogens by competing with these pathogens but also via the production of antimicrobial factors. In the vagina, the microbiome contributes to pH regulation. The microbiome also plays a key role in the maintenance of skin and mucosal barrier function such as in the lungs or in the gut. In addition, the gut microbiome also has an important metabolic function with the production of certain vitamins such as vitamins B and K but also the breakdown of undigestible dietary fibers. This process leads to caloric harvesting and production of important molecules such as short chain fatty acids that are beneficial to the host. Intestinal microbiota can also perform multiple metabolic activities ranging from the metabolism of drugs, environmental chemicals and bile acids but also the production of some neurotransmitters such as serotonin, dopamine and GABA.

With such a wide range of functions, it is not difficult to understand that disturbances of the composition and/or function of microbiomes are now associated with a diverse range of diseases. 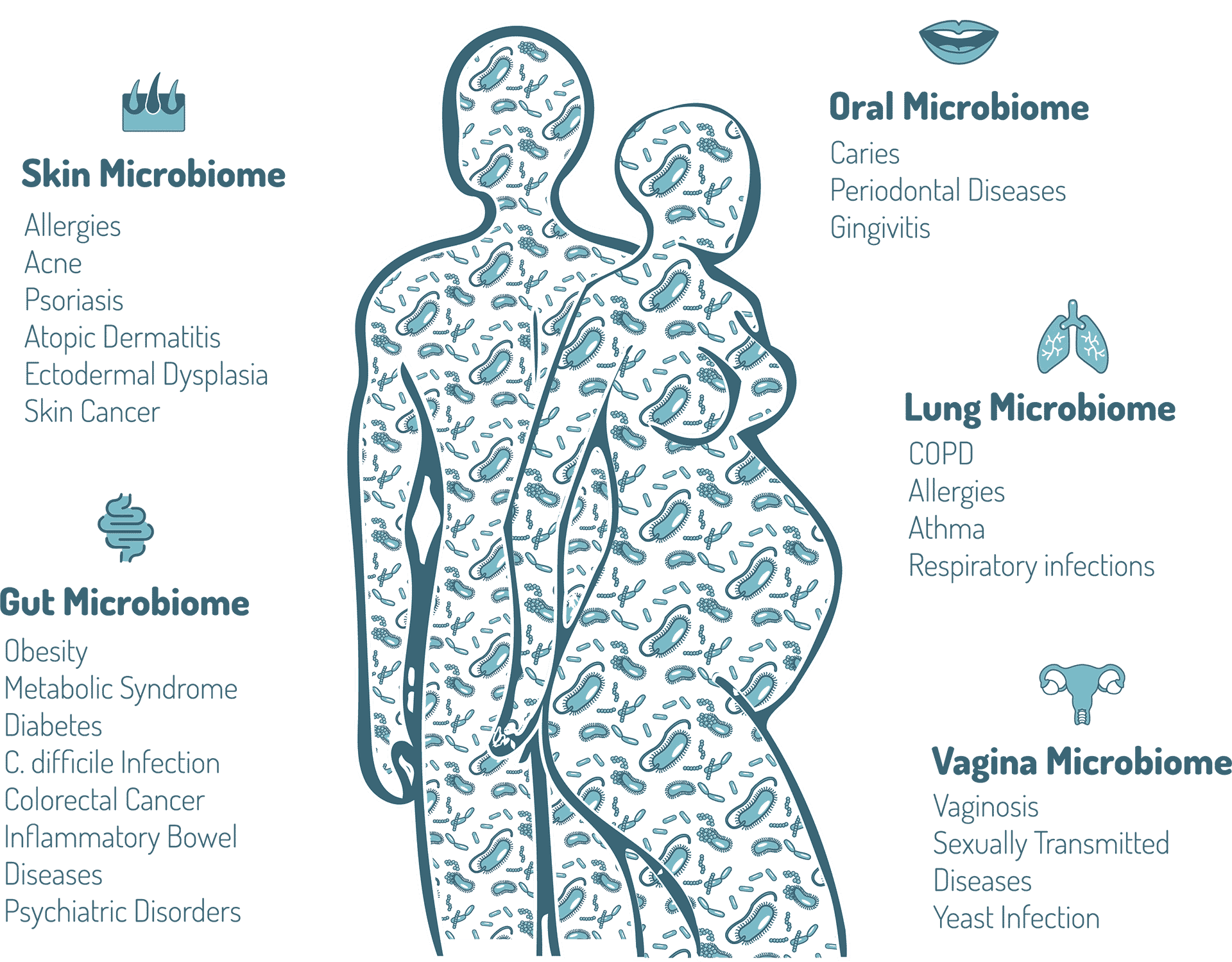 Microbiome and human health – no longer an academic endeavor

The future of health and medicine is strongly related to humans, host-microbiota, and their delicate interdependency. Targeting and/or preserving microbiota brings real promise to the future development of safe and effective treatments. Transforming this promise into clinical practice however will require overcoming regulatory and technical challenges. 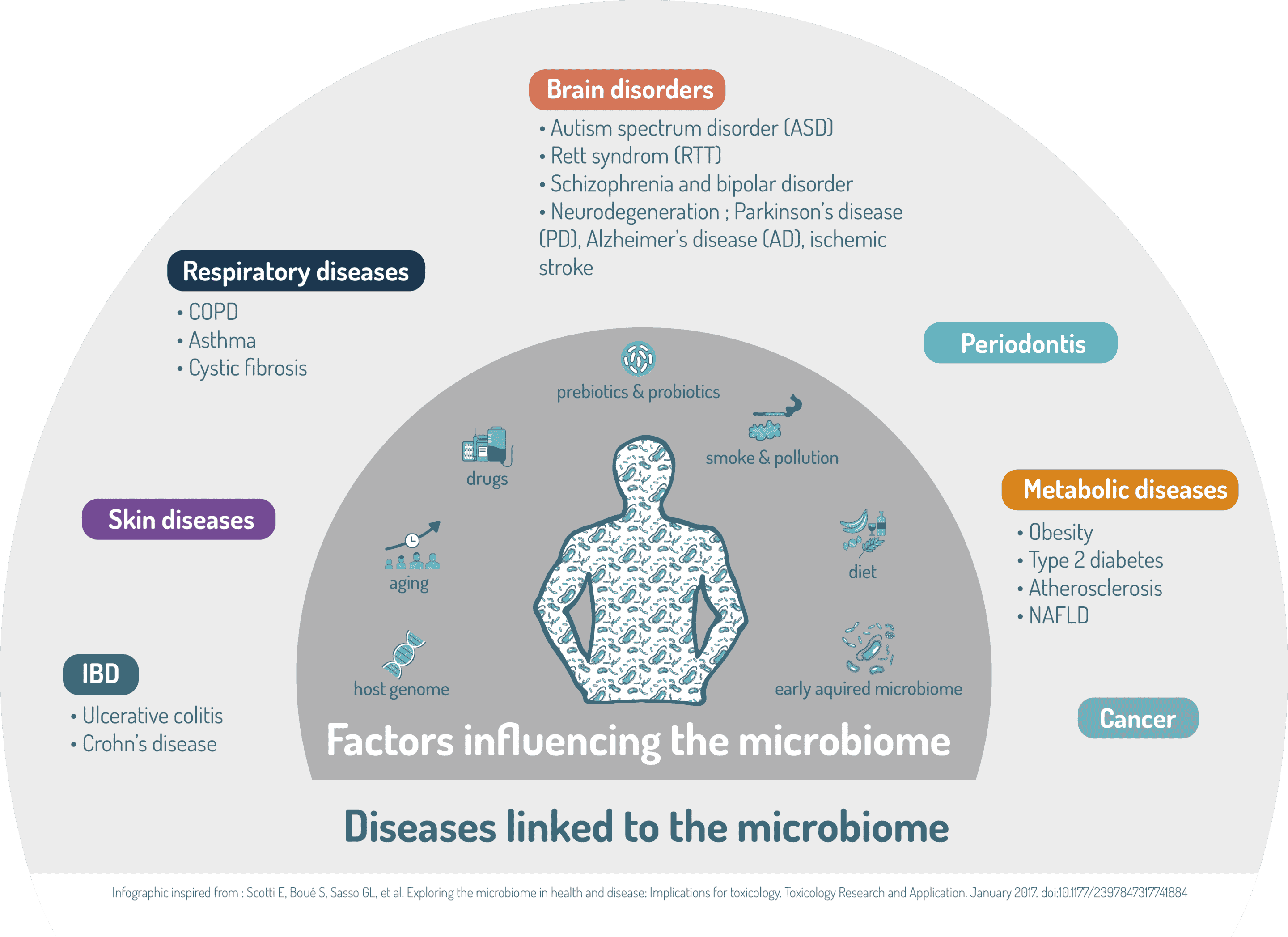